Following my series of articles about my brand new DAK army, we organized a battle with David from the Mootland, our local gaming group. It was both my first Bolt Action games and my first battle with my DAK but evreything went quite smoothly rules-wise as the mechanics are very closed to wh40k. The major change is the rythm at which you play as you play unit by unit as you or oyou opponent draw the order dices. For those who are not familiar with Bolt Action I highly recommend watching this great video of a battle mastered by Alessio Cavatore, the author of this game. 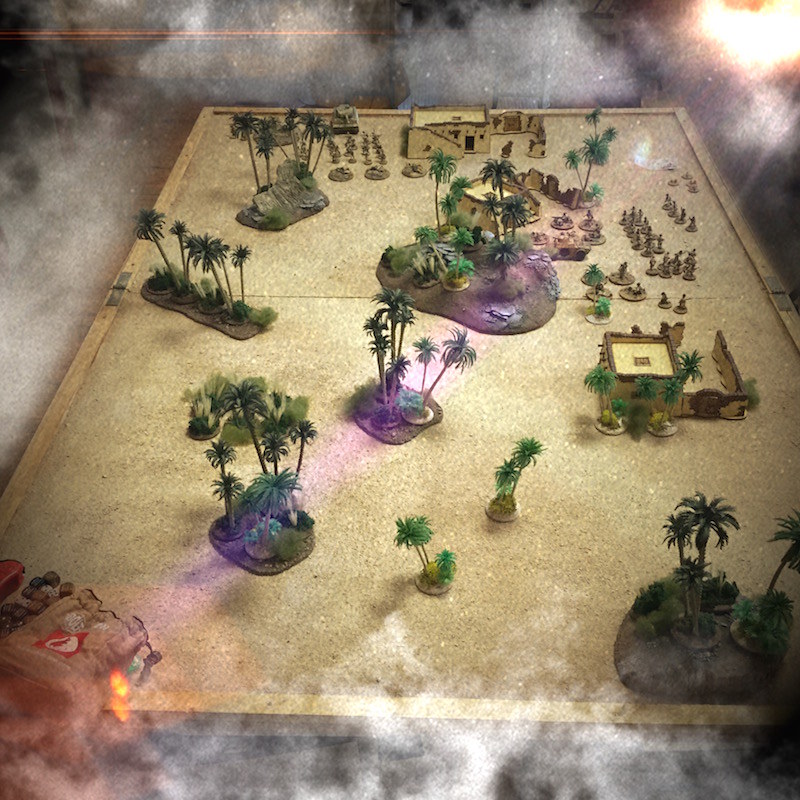 We played on a desert table with a few houses. If you remember my previous article about painting plastic Palm trees, you’ll recognize the darker palm trees. David made the table, the lighter palm trees and the house. Overall I think it was one of the best desert table set up I ever played with. 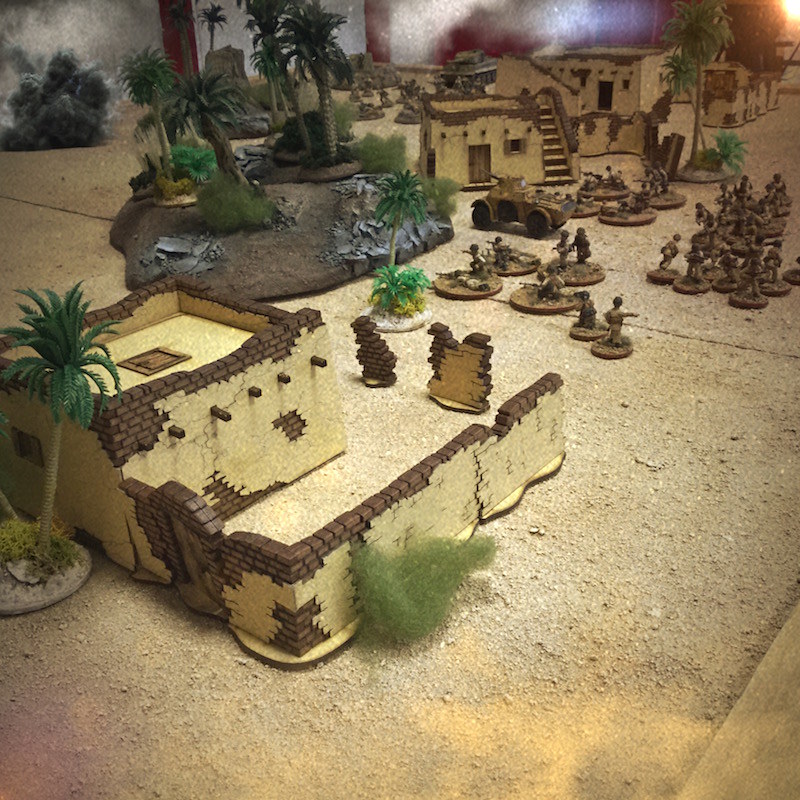 The houses are from 4-ground. I was quite impressed by them as usually I’m not a big fan of MDF scenery. The details are great. In the back, you can see David’s paratrooper Italian Army he played. 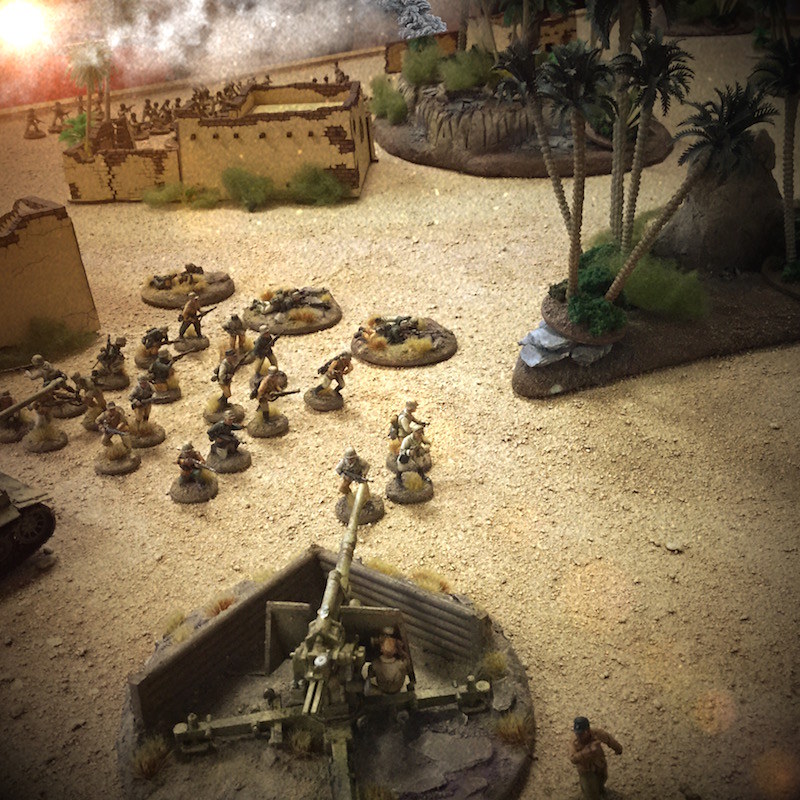 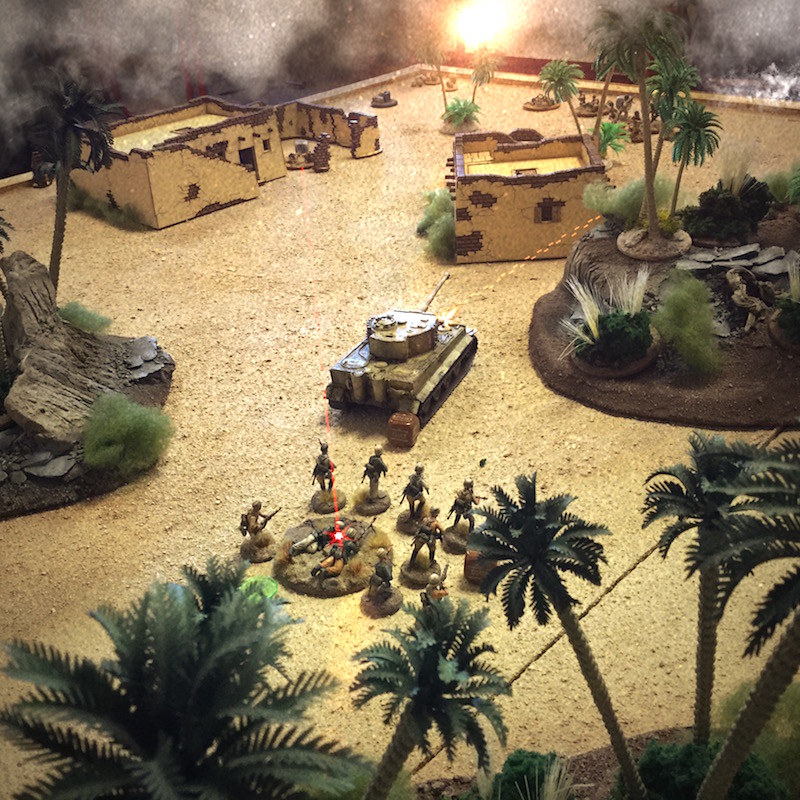 The first veteran unit advances toward the objective, benefiting from the cover provided by the huge Tiger. 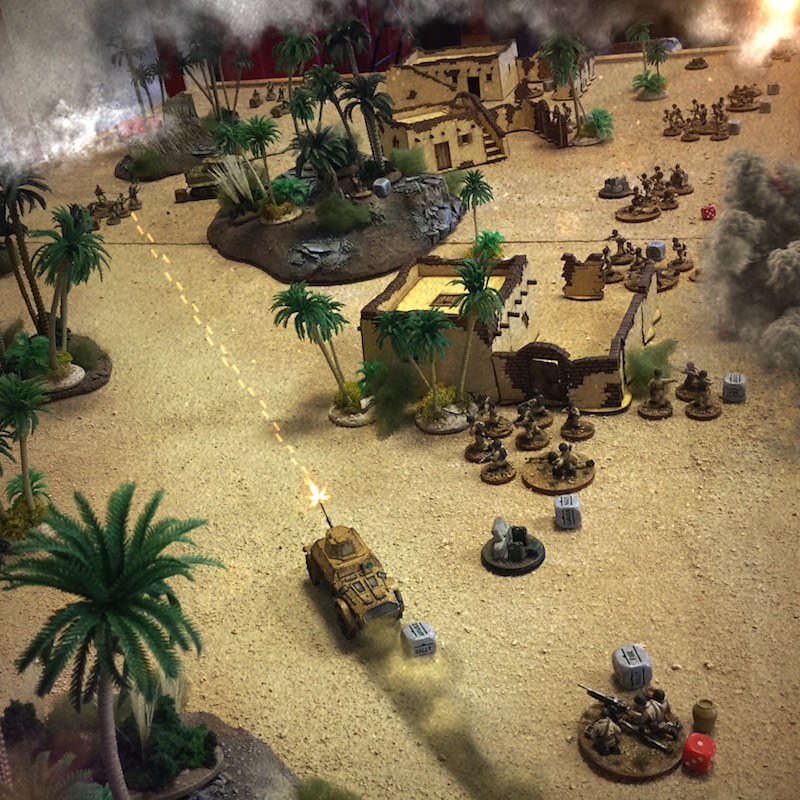 David’s Autoblinda tried to over-flank my veteran but hopefully was stopped by a lucky shot from my Flak 36 hidden in the bushes. 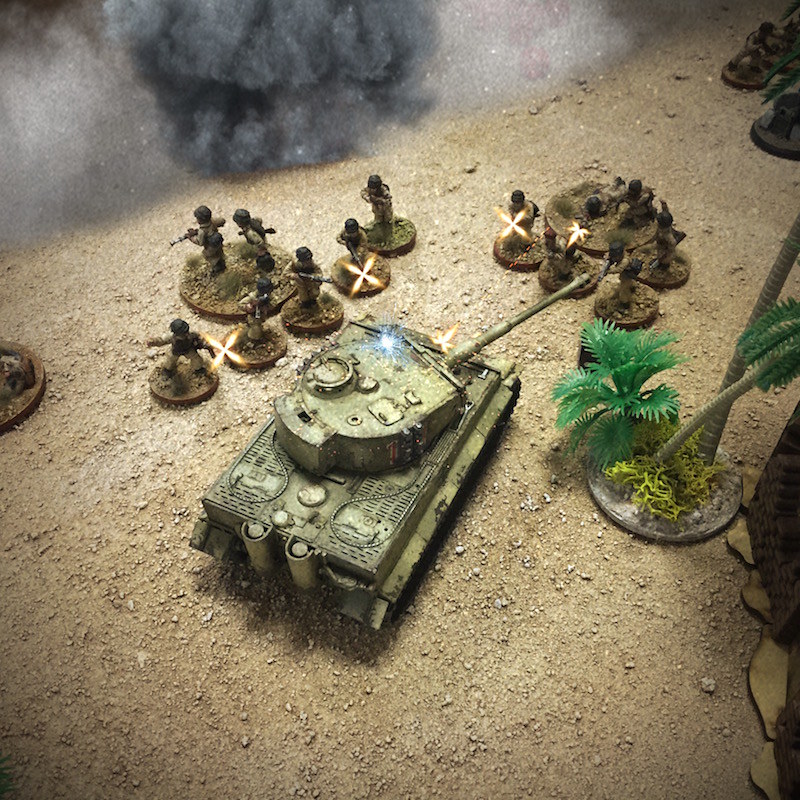 The Tiger is stopped by the heroic assault of the italian paratroopers. 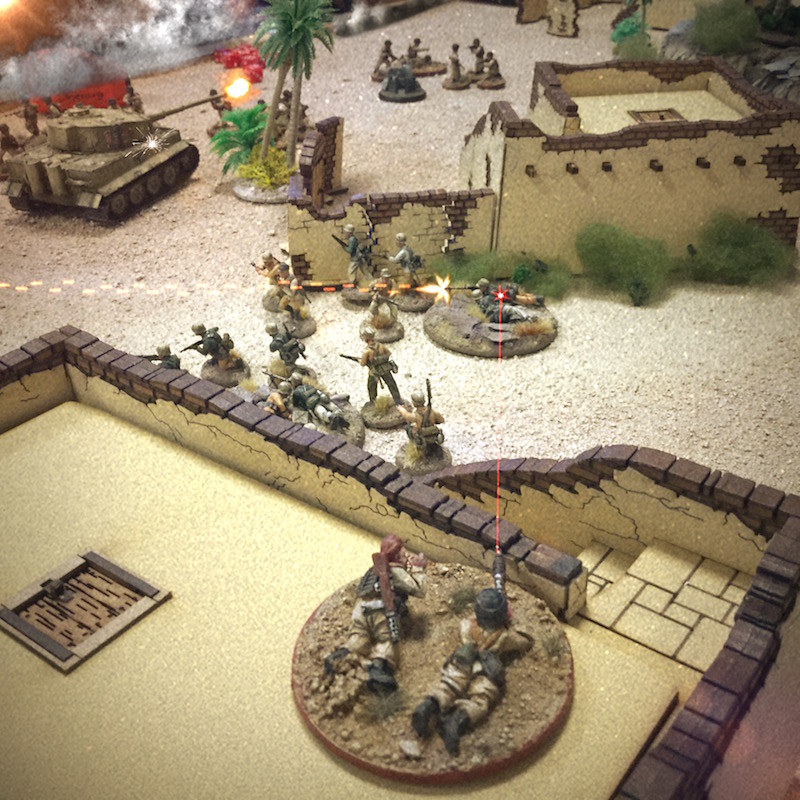 The hidden sniper team is pinning the german veterans advancing.

This battle was a blast, I hadn’t so much fun playing a wargame in a while and I have to thank David for his spirit as he made a great table and was so fun to play against. I can’t wait for the next battles, and I think it will be hard to resist to the LRDG call…